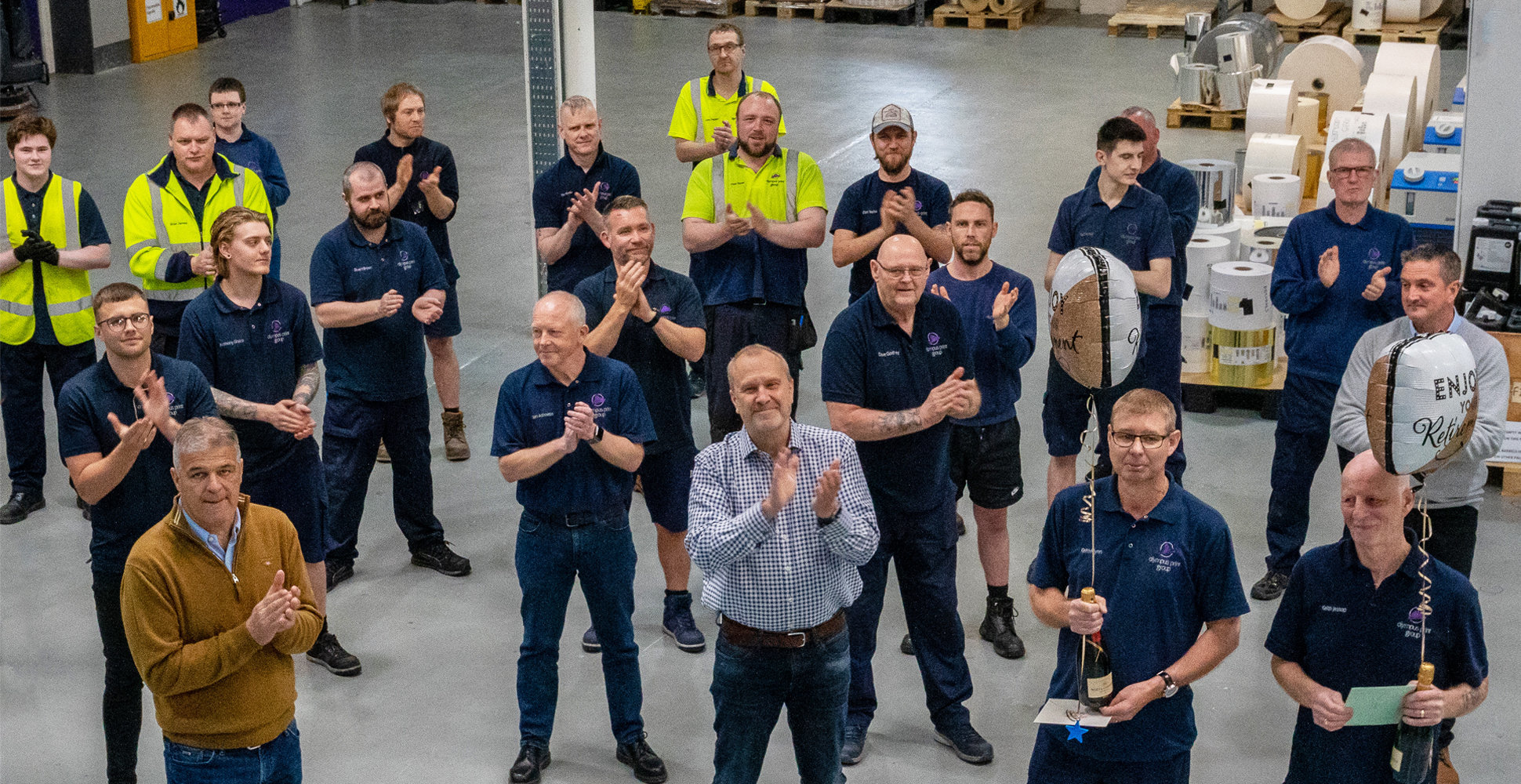 Keith Flynn was employed 3 weeks after Olympus was formed in 1993. He was initially involved in all parts of production, primarily as a printer but operated checking machines and in the finishing department.

Keith Jessop joined in 1995 and was involved primarily in finishing and lately the production of screens.

We wish both guys all the best for their future retirement and thank them for their loyal and conscientious work over the years! 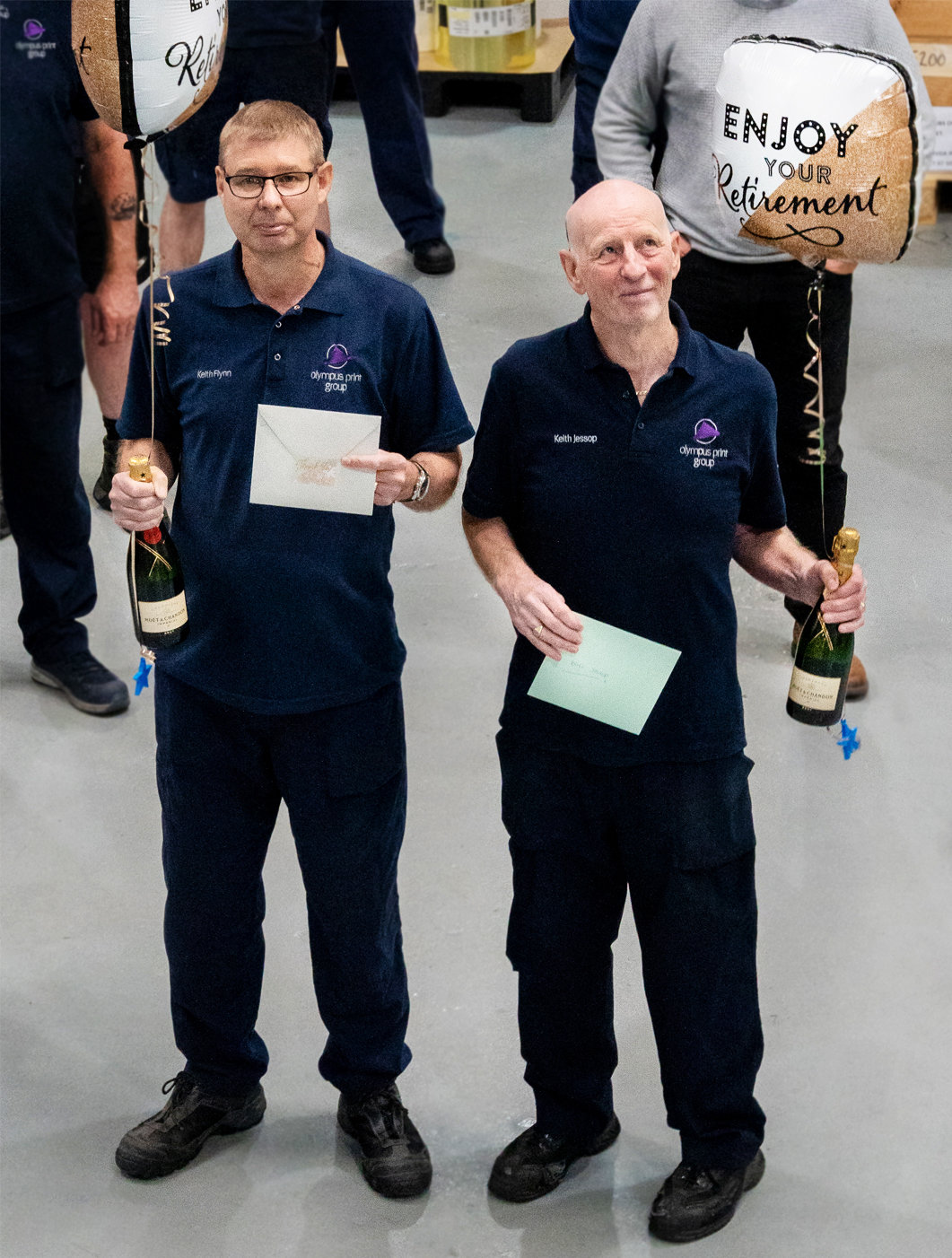 Sometimes less is more and that’s definitely the case with these 3 beer labels. Printed using just a few pantone colours but gaining maximum impact from the design and quality of print. https://t.co/EEYasfCAlB
20 April, 2022 14:31

What our customers say

I just want to say a massive thank you to you and all the team at Olympus for all your efforts. It is a comfort to know that during a period where most of our suppliers are letting us down we have at least one supplier that can still help.
Thank you for the time and effort your team put in on our recent job, we are very happy with what we have received!

I do appreciate your effort, thank you so much!

The labels are fab, thank you.

For more information or to request a quote, please contact us on one of the below options and a member of our sales team will be in touch.